The social media jobs some decade ago used to be without any concrete descriptions in the absence of social media editors, social media agencies, and social strategists.

Now with the emergence of chatbots the questions about who will write them, the decision regarding the paths the bots should go down, and who creates the personalities are being asked.

The chatbots are now closely being lined up with Conversation UI, Chabot Writer, and AI Interaction Designer etc. All these sums up in a position know as Conversational Designers.

What Exactly is Conversation Design?

Conversation design is about personality design and that should be designed by writers in tandem with developers so that it becomes functional and as a result, the engagement with the customers goes up and helps in lowering the customer acquisition cost.

When conversations are designed with perfection and that translates into chatbot, the users would be delighted without being frustrated with the chatbot.

Capturing the personality is the key aspect of creating chatbot and being a copywriter who can work in tight spaces is essential in conversation designs.

In social media copywriting every word is important. However, in chatbots, the buttons are smaller but with enough room for being creative with emojis, GIFs and copy.

When planning for a chatbot, the conversation designer must be able to create and build all of the paths the user would take to reach his or her end goal. Some users may require more time to understand the bot.

The more flexible you design your chatbot the more engaging it would be and the more storylines it has, the more likely a user would like to use it again.

The next phase of jobs that would come out of chatbots is conversational strategist (for example – social strategists breaking away from social media managers).

The success of a chatbot depends upon how the script is written and concepts evolved over time alongside the brand initiatives.

The role of a strategist is important here and it all depends how he builds the conversational flows, determines the feature set for the audience and one can best reach their bots goals through the flows.

Once the chatbot is released to the outside world, then the strategist can track feedback on performance against KPIs to plan for future development.

How To Design A Conversation Chatbot

For a conversation designer, there are some tools available to create a non-linear script even though these tools are yet not fully developed.

There are some tools like Google Tools and bot mockups to show the client how the finished product would look. Some of these tools are discussed hereinbelow.

Starting with an outline helps you in creating a strategy for your bot and it is the same as when starting to write a story or any writing projects. It is important to outline all of the flow you need to reach your objective.

The outline is like bones of the bot and when you begin drafting the copy for each flow, you would automatically find new paths that need to be added to the flow to continue the conversation in a natural way.

Expanding the script becomes much easier when you have an outline and map. Track of those points where the user may get confused or wants a different solution than your linear story.

The main flows are the tracks that your user can go down to complete the goal of the bot and are the key parts of your scripts. The main flows represent the chapters of the script when building an outline.

The first impression about the bot must be simple and yet crucial when obtaining users through advertising.

When the users initiate the bot, the experience should extend from the advertisement and creating an exit experience is quite important.

Conversation designers must have creative solutions when a script fails or when someone intentionally breaks the bot.

The reply of the bot is crucial in putting the user back on the track and coming up with solutions in case the bot fails more than once.

Who are or Maybe Good Conversation Designers?

So, the above-mentioned people who have exposure to social media conversation, B2B user experiences and creative writing are candidates 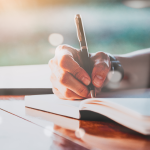 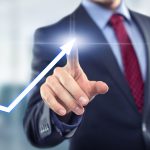 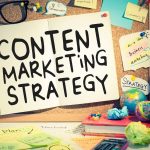 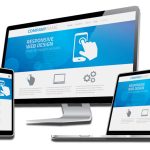 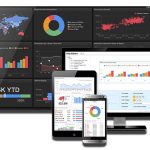