The recent evolution of technology has raised many ethical and psychological issues especially on the use of electronic gadgets like smartphones to which we have been addicted.

The negative impacts of technology on humans need to be understood so that, we are not manipulated or controlled by these smartphones.

The history of technological addiction is quite long even before the advent of smartphones.

Adam Alter, the author of Irresistible: The Rise of Addictive Technology and Business of Keeping Us Hooked has opined that human beings were susceptible to behavioral addiction throughout the history.

However, with the new technologies emerging in recent years has drastically enhanced the tendencies of addiction.

To avoid boredoms, people prefer to chaos over predictability in their daily lives and social media helps in reinforcing this notion.

The increasing usage of videos with the content never stopping on YouTube, Netflix has resulted in addiction of watching videos for just five minutes to 30 minutes without the user even realizing it.

The variable rewards system in Facebook is captivating the audiences or users to always coming back for more thereby resulting in a gambling mentality that is difficult to resist.

The addiction towards achieving new trivial goals drives us towards a dopamine effect with an increased frequency to go for micro victories.

The addiction to technology is potent and as such people with this addiction avoid face to face interaction, spend less time with their family, friends and even risk their lives.

Therefore, the following tips would help us in avoiding addiction to technology such as

Addiction to technology can be avoided through self-awareness. Research done by developer Kevin Holesh through an app called Moment – that allows people to track their day to day screen time on smartphone habits has revealed that people or users of the smartphone have severely underestimated their time spent on mobiles.

On average, we check our phones every six minutes, 150 times a day and the fact is that even when the smartphone is turned off, its presence alone has proven to reduce our cognitive abilities.

Over these two decades, people’s face to face interaction time with friends and family has drastically reduced to 30% and as such majority of smartphone users are in denial mode about the level of distraction caused by these devices.

The addiction towards Facebook, Google is more prominent as both these dominate the digital marketing accounting for 25% of all advertisement sales both online and offline.

So, self-awareness about the time spent on smartphones and website platforms is a way of defeating technology addiction.

Facebook is considered as a major offender of catering to people addiction and primitive tendencies as it is consuming as much time and conscious attention as possible thereby negatively affecting emotional well being.

So, the time has come for Facebook to make serious changes to its business model in the form of abandoning their current advertising models.

There is also need for some federal regulations for Silicon Valley to curtail unhealthy business practices that are leading to technology addiction among the people using social media platforms.

The smartphone addiction among children has reached alarming proportions with about 40% of children having their own iPad and spending the average time on mobile devices has risen to 860% between 2011 and 2017.

Young children are addicted to the smartphone that is contributing to relationship troubles and unhappiness.

So, the time is ripe to take a right direction towards creating awareness about children addiction towards devices.

The “Time Well Spent Model” introduced by Tristan Harris – a former employee of Google and an expert on technology addiction is a thoughtful approach to design and alter the way to develop products and business models by IT companies.

Harris along with a few ex-employees of Silicon Valley has launched a project called the Center for Humane Technology to fix the digital attention crisis and create a new model to tackle the technology addiction.

It is important to acknowledge addiction and recognize that children are more vulnerable than anyone and it is time to take control by tracking your smartphone habits.

Use apps that are useful and hold you accountable. Create boundaries with your children and accept our own addiction before expecting more mindful behavior from your children. 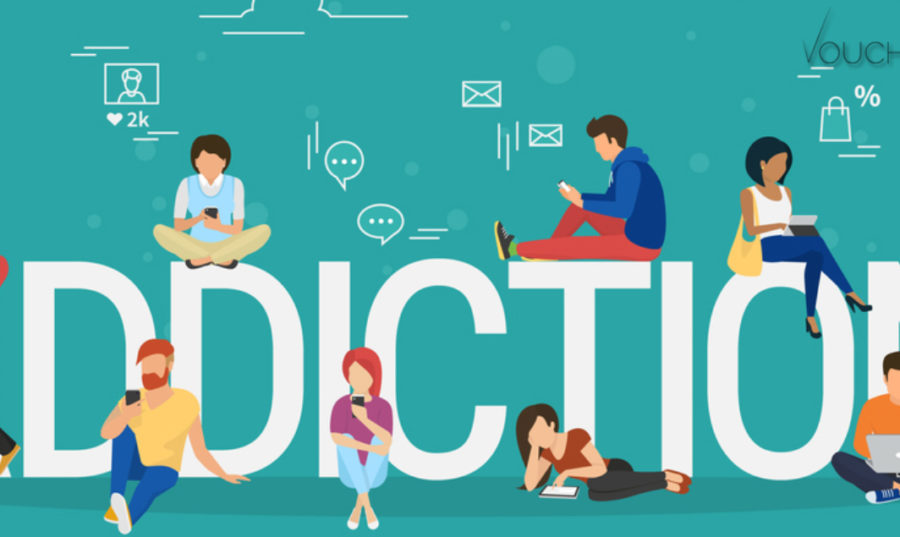